Hayley Grace is an Australian Singer Songwriter with that something special. Her soulful sound and dynamic live shows looping guitar, bass, vocals, beatboxing and percussion, creating multi-instrumental pieces that leave audiences captivated.  Living in beautiful Byron Bay, she tours regularly solo and with her live funk band, THE BAY COLLECTIVE up and down the East Coast of Australia and overseas. In 2016 Hayley supported DARREN MIDDLETOWN (Powderfinger) in Brisbane and also played at SPLENDOUR IN THE GRASS festival in Byron Bay.

2017 was an incredible year for Hayley, starting with the release of her debut EP GHOST OF A GIRL. She supported Australian guitar superstar PHIL EMMANUEL in Byron Bay and was the support act for UK reggae legends UB40 on the Brisbane leg of their Australian tour in January 2017. She also started her 8 piece funk project HAYLEY GRACE & THE BAY COLLECTIVE, a group of next level musicians, all from Byron Bay.

2018 just keeps getting better and better.....the band made their festival debut at Byron Bay's BLUESFEST,  playing on the Crossroads stage before legends like The Wailers and Michael Franti. Hayley and The Band also have a residency at Brisbane Eat Street Northshore, Where you can find them every weekend playing as a full band or the all girl Looping Show. The Girl Gang from the Collective has also played at this years O'HEART FESTIVAL in Tylgum. Recording for their first album has begun in Byron so stay tuned for more awesomeness to come from this incredible group of musicians. 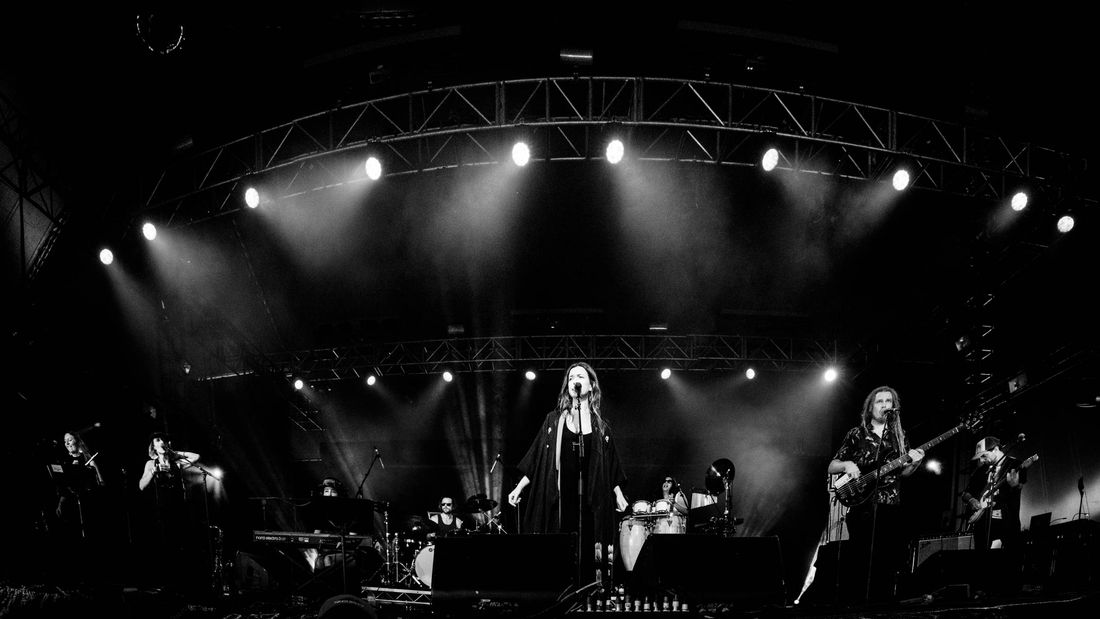